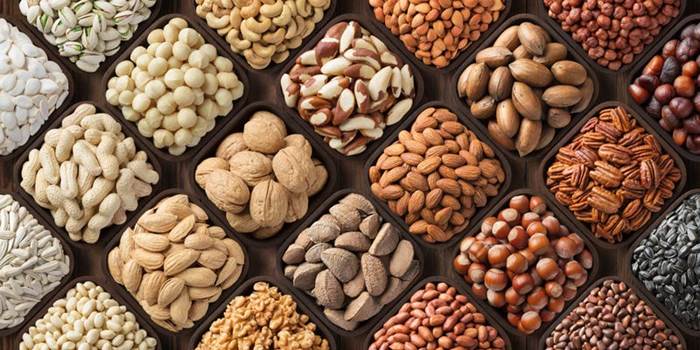 You may have seen some intriguing headlines regarding Chinese seeds recently.

This is because of an unexpected arrival in many Americans’ mailboxes: parcels of seeds supposedly from China.

It’s certainly true that a lot of curiosity has been provoked by this unusual story.

People want to know why Chinese seeds are suddenly so important and if there’s any reason to be worried about these parcels.

Read on to find out more about why Chinese seeds are making the news.

You’ll also understand the main theories circulating about the seeds and know for sure whether it’s safe to plant them in your garden or not.

Why Are Chinese Seeds In The News?

Last July, Americans across all 50 states began to receive mysterious packages of seeds in the mail.

They hadn’t ordered them, and strange-looking packaging marked “China Post” suggested that they’d been sent all the way from Asia.

Most likely due to the hostility that exists between the American and Chinese governments, this series of events caused the U.S Department of Agriculture (USDA) immediate concern.

They quickly began testing the seeds in their laboratories to find out what they contained. The priority for them was to determine any potential dangers that the seeds posed to American citizens.

Their findings were nothing shocking: many of those that were sent over were simple, garden-variety vegetable seeds.

They weren’t all the same kind, though. In fact, USDA identified over a dozen different plant species including cabbage, broccoli, kale, tomato, and celery.

Some were for herbs like basil and sage, and others were for flowers. So what was going on?

There was a lot of confusion regarding why these specific people were targeted for such parcels.

Then, investigators identified a pattern: many of the people who received seeds in the mail were enthusiastic gardeners who had previously ordered similar products from Amazon.

The mystery deepened when parcels arrived stamped with other locations such as Uzbekistan, then parcels began to arrive in the UK and Canada too!

This story about Chinese seeds made the news because it was so bizarre and people wanted an explanation.

The authorities needed to be sure that there weren’t any sinister motivations for these unexpected gifts.

Many of the recipients were also keen to know if the seeds were safe to plant.

What Have The Authorities Said About The Situation?

Although there’s no evidence that these seeds are capable of causing damage, every state agricultural department in the USA has issued a warning saying they shouldn’t be planted.

Their fear is that this is part of a sophisticated terrorist plot. The official advice is that if you receive one of these parcels, you should leave it closed and inform the authorities.

Maybe you’re wondering what kind of terrorist targets a humble back garden. but it’s not as far-fetched as you might think, especially given recent events.

In 2020, the gardening industry enjoyed a huge increase in sales because, due to the pandemic, Americans were staying at home and trying new hobbies.

Sales of seeds went through the roof! Officials worried that this was a malicious attempt by the Chinese government to exploit the country’s newfound love of gardening.

In Kentucky, they definitely took the threat seriously. The agricultural commissioner said that “agricultural bioterrorism” was a possible motive for sending the seed parcels, which caused a lot of panics.

Agricultural bioterrorism is when an animal or plant pests are deliberately introduced to sabotage economic and social stability.

If something damaging was introduced to the ecosystem, it could impact the country’s food supply. This represented a serious threat.

Agricultural officials have been so concerned about the Chinese seeds that they asked the U.S postal service to stop delivering them to mailboxes.

Politicians have also spoken up about a large number of deliveries and their organized distribution. Their suspicion is that the parcels are too coordinated to be coincidental.

However, that doesn’t necessarily mean that they’re harmful. There are alternative theories for the Chinese seeds besides that of bioterrorism.

After their first analysis, USDA released a statement saying that they believe the seeds are part of an online scam known as brushing.

Don’t worry if the term is new to you! It’s a simple concept. Basically, cheap packages are sent by e-commerce sites so that they can use the tracking number to post a positive review on their own online products.

It’s hard to imagine a cheaper parcel to send than a small bag of seeds, so this explanation seems to make sense.

There have also been previous instances of brushing scams in the USA, so it’s not a brand new problem.

It may seem like a lot of effort to go to for a positive online review, but these reviews often represent the difference between businesses failing and succeeding. For sellers, they hold a lot of weight.

Of course, the actual product they’re selling isn’t a bag of seeds.

However, sellers can use the postal information to get past website security, pretend that they are a buyer, and post fake positive reviews.

If a seller has lots of five-star reviews, their products will be the first ones that potential customers see when they start searching.

This is bad news for honest sellers and bad news for customers who depend on trustworthy review systems to make their purchases.

Are Vegetable Seeds From China Safe?

The theory that Chinese seeds have been sent as part of a bioterrorist plot has relatively little evidence to back it up.

However, that doesn’t mean the seeds are necessarily safe to plant. That’s because you shouldn’t ever plant seeds of unknown origin.

The threat that these seeds pose is a very ordinary one: the threat of foreign plant species and different treatments.

There’s also the risk of agricultural treatments used by other countries; for example, many of the seeds that arrived had a purple coating that looked like insecticide.

Without taking the gamble and planting them, we’re not sure how our environment would react to an encounter with that specific treatment.

Any time that you introduce a new species to a new place, you risk bringing fungi and diseases that can cause long-term damage.

Because we don’t know exactly what these seeds are, they may contain invasive species that would dominate the native ecology.

Could they damage our crops? Yes, potentially.

This shows that the seeds can still be harmful even in the likely case that they’re nothing to do with a Chinese terrorist plot.

Should I Plant Vegetable Seeds From China?

If you did, you wouldn’t be the first person to do so! The New York Times has reported a story about a man from Arkansas who received the strange Chinese seeds and decided to plant them in his garden.

You’ll be glad to hear that nothing bad happened as a result. According to him, all that grew was a normal and totally safe squash plant, so there’s nothing to worry about.

And he’s probably right. So far none of the seeds that have been sent are from major commercial crops in China.

That means they’re unlikely to cause serious damage if you plant them in your garden. However, we have to consider just how many seeds have been sent over.

Because of the scale of this operation, whether it’s intended maliciously or not, it would be a huge risk for every recipient to plant their seeds.

After all, these went to gardeners all across the USA! Any negative impact on the ecosystem would be widespread and amplified.

Although many scientists are skeptical about the idea that this could be an evil scheme backed by the Chinese government, the official recommendation remains: you definitely should not plant these seeds.

In fact, you should be cautious and vigilant about where you buy your seeds at all times.

If you’re not entirely sure where they came from, there’s always the risk that they’re something different that could be unsafe for your garden.

The best advice when it comes to gardening is to only plant seeds from a source you can trust.

If you need a species from outside the country, look for a reputable domestic nursery and ask them to import it for you instead.

Leave it in the hands of the experts. That way, you’re far less likely to end up planting something harmful.

Now you know why everyone has been talking about Chinese seeds!

But the mystery is far from solved.

Debate still exists between those that think the Chinese government was to blame for the debacle and those that believe it was simply an e-commerce scam designed to falsify reviews.

Whichever side you take, one thing is for sure: you shouldn’t plant mysterious seeds in your garden.

Sure, it could just be an innocent squash plant, but it could also be an invasive species or even a weapon in a bioterrorist plot. It’s better not to take the risk!

Brian is an enthusiastic and experienced gardener, which in time led him to the world of home improvement. He began by learning all about landscaping. Soon he wanted to maximize outdoor spaces in new, exciting ways; for example, by installing gazebos and fire pits. What began as a hobby soon became a side hustle, and eventually, it became his full-time job!