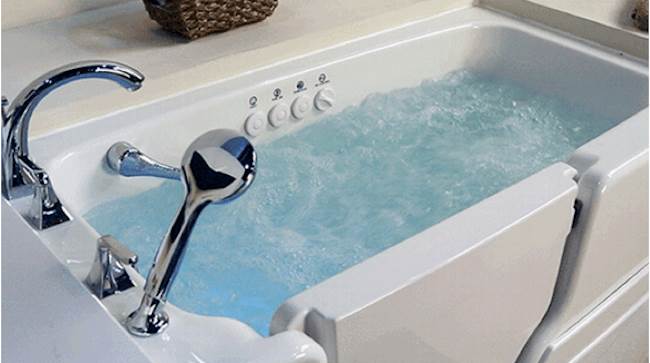 When choosing a bathtub, your attention should essentially focus on the shape, size, and material, as well as the type of installation.

However, the wide variety of models available on the market reflects the growing importance of the bathtub, which is no longer seen as a simple sanitary fixture, but as a central element of the modern bathroom, capable of combining modernity, design, and comfort.

If all tubs are withdrawn, homeowners have legitimate concerns about resale value. Hold a tub in one of your bathrooms if you have more than one.

If you have toddlers, young kids, or pets to bathe, you’ll need a tub. If relaxing in a tub is your go-to form of relaxation, you’ll need one.

One of the most common choices when configuring a bathroom environment at home is to opt for the installation of a shower or bathtub.

In both cases, design is of great importance, but even more so is functionality, available space, and the needs of each person, since it is not the same to equip a large bathroom as a small one, nor is it the same for a single person as for a whole family.

If we consider all these features, there are both advantages and disadvantages in the installation of a shower or bathtub, which must be thoroughly taken into account before making the final decision.

The sophistication and elegance of a bathtub in the bathroom is one of the factors that influences its installation.

The fact is that the bathtub has the memorable capacity to become the absolute protagonist of the room, bringing together practically the whole decorative load and being the neuralgic center of all eyes.

In addition, there are currently highly contemporary and minimalist bathtub designs, capable of delighting the interior design and making it very exclusive and unique.

Another benefit of a bathtub versus a shower is the ability to unwind in a peaceful bath after a long day at work. Electronically equipped bathtubs and jacuzzi baths are becoming incredibly common in this regard.

If there is a whole family at home, having a functional bathtub is especially vital so that the youngest members of the family may enjoy the bath.

While they shower and relax, kids will be able to play their favorite games.

What Is The Difference Between a Jacuzzi and a Bathtub?

Spas and the brand Jacuzzi are other names for hot tubs. A hot tub, unlike a regular bathtub, is meant to accommodate more than one person at a time, with many varieties accommodating four or more.

Hot tubs are normally installed outside, although they can also be put inside.

There are currently a large number of models, shapes, colors and brands on the market created to deliver all the comfort, pleasure and benefits of having a whirlpool at home.

However, some people get confused when they hear “Jacuzzi”. Is there a difference between these and whirlpool tubs?

There are even those who argue that whirlpools release pressurized air while Jacuzzis do the same with hot water.

The truth is that such a division does not exist: a Jacuzzi is nothing more than a whirlpool bathtub.

The difference lies in the fact that this is the company that created whirlpools and that is why in many countries Jacuzzi is synonymous with whirlpool baths.

The Jacuzzi company was created at the beginning of the 20th century by seven Italian immigrant brothers in the United States, although they did not dedicate themselves to hydromassage until 1956 when Candido Jacuzzi, worried about the arthrosis his son was suffering from, adopted one of the hydraulic pumps for agricultural use manufactured by the company on an air-spraying motor.

At first, the pumps were robust devices that were submerged in the bathtub and were marketed to hospitals and treatment centers, as their use was strictly therapeutic.

A few years later, his brother Roy incorporated the pump into the structure of the whirlpool tub itself, eliminating the motor, which took up space inside the tub and prevented the legs from stretching.

From then on, the product began to be marketed for domestic use, making the brand so popular that it is now recognized all over the world. Jacuzzi has a huge variety of models, from the simplest circular ones to very complex models with capacity for several people and even with built-in HD television.

Which Is Better Jacuzzi or Bathtub?

Because many individuals use them interchangeably to signify the same thing, it can be difficult to determine the difference.

Although there is no distinction between a Jacuzzi and a hot tub, the Jacuzzi is traditional luxury. They’re meant to help you relax, socialize, and feel good.

To begin, let’s explain that both phrases refer to a sort of bath that has been utilized by mankind for medicinal and therapeutic purposes since the dawn of time.

The phrase Jacuzzi became widespread in the twentieth century, thanks to the creation of the Italian Candido Jacuzzi, who in 1940 managed to adapt a hydraulic pump mechanism in the bathtub of his home in California, United States.

The idea was born as an alternative to reduce the ailments of his son Keneth, due to a disease known as rheumatoid arthritis.

Thus was born the J-300 hydromassage pump that produced jets of water and air as a therapeutic treatment, today known as hydromassage therapy.

The model achieved unprecedented success and from 1970 the Jacuzzi family name began to be recognized worldwide as a European brand dedicated to the exclusive production of whirlpool bathtubs with increasingly advanced designs and components that would, of course, attract the attention of great personalities.

Although hot tubs have been cataloged as luxury objects throughout their history, it must be said that this idea has been changing with the passing of time, thanks to their evolution that goes hand in hand with the development of solutions that seek to promote the health and well-being of users.

As you can see, there is no specific difference between a jacuzzi or a whirlpool bathtub, simply the word jacuzzi refers to a registered trademark as many companies around the world are currently dedicated to the design and manufacture of this type of bathtubs with hydromassage systems.

However, people often confuse them with bath tubs or bathtubs that do not have the same characteristics, on the contrary, they are very basic elements that have a drainage way, come in oval or circular shapes and the water remains completely still because it does not incorporate the hydrojet system to regulate the movement and force of the water.

In Colombia, companies have adopted this philosophy of creating wellness experiences for their customers and this is proven by their 40 years of experience in the bathroom market, creating innovative designs that adapt to different environments and spaces, offering comfort, sophistication and excellent quality.

Additionally, thanks to the use of technology, companies has managed to develop multiple therapeutic alternatives such as chromotherapy and aerotherapy, in addition to facilitating the lives of people, who at the time of enjoying their bath can program the activation, filling and lighting of the bathtub, thanks to the integration of the Smart Spa software that can be controlled from a mobile application.

Now that you know the difference between a Jacuzzi and a bathtub, tell us which would be the best option for you and your family.

Why Do Americans Have Bathtubs?

The bathtub was a pleasant luxury for early Americans because it allowed them to bathe in warm water rather than a nearby stream or river.

As a result, less firewood was needed to heat the water. Tubs were mostly utilitarian in the beginning, while fancy copper tubs were common among the upper-middle class.

While it is true that the American lifestyle and the European lifestyle are very different, for example, in terms of habits, we can also find differences in our homes, even between our bathrooms!

And it is that different lifestyles are accompanied by differences in our surroundings as well; the streets, the buildings, and our homes as these are an extension of our daily habits.

The most notable differences between American bathrooms and European bathrooms are in their layout, space, decoration and preference of materials and finishes.

As always, there are exceptions and bathtubs can also be found in American bathrooms, but once again the difference between American and European bathtubs is that the former are much larger.

Another curiosity regarding the showers, is that in American houses the shower head is fixed to the wall, unlike in European bathrooms that are usually flexible hose.

American bathrooms are usually quite spacious and with great storage options, the trend is to have two sinks especially if the bathroom is integrated into the master bedroom.

The space dedicated to storage compensates for the lack of bidet, because yes, in the bathrooms of American homes there is no bidet, this is a totally European detail, in fact the closest they have to the bidet is a small flexible hose that is placed next to the toilet.

By not having a bidet, there is space to place other things, that is why we sometimes see in American houses auxiliary bathroom furniture of large size.